Raid Adventure Team back in the game

There´s a little surprise for the second half of the racing season. We just revealed a new racing car! After the quite long calm season and many secrets, the Ford Raptor SVT comes for the first time in Hungarian Baja, from 14th  to 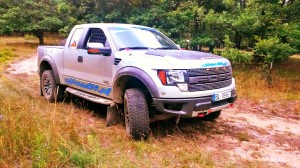 16th of August 2014. In Hungarian Pápa city, which is a part of Cross Country Rally World Cup & European Championship. There will be more than 50 drivers including stars like Nasser  AL-ATTYAH,  Boris GADASIN and Adam MALYSZ. 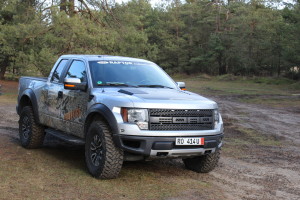 Everyone should love this race, because there are more than 350 kilometres of tracks. Race starts on Thursday, what means a lot of paperwork and technical check for every vehicle, that day. On Friday, instead of the typical prologue, teams will take one technical trail, 58,37 kilometres long. On Saturday, 4 sections are prepared, on two racing tracks. First has 54,56 kilometres and the second a lot more, 96,62 kilometres.

About us Contacts Places